The Federation covers a range of sports under the jurisdiction of the Kingdom of Mount Vema both within the Vema Seamount Territorial Waters and internationally especially when events take place outside of the territory but related to Mount Vema.
​
The Mount Vema Sports Federation has many sports divisions, with different levels of difficulty and skills. Each sports division operates, oversees, and organizes the people playing their sport by ability and by age.
National Colors 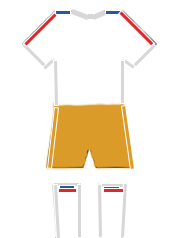